Our last few days before in Moscow were a mad dash to see a few more things before we left. Advice to possible Moscow-goers: there is lots to see here. The books and other travelers said the opposite, but I disagree. Moscow is awesome – two weeks would be perfect. Just walking to places you end up passing little churches or little streets with markets that aren’t mentioned in books. You need time to just wander. Plus you can take some day trips to a few of the Golden Ring cities.

We went to the Izmaylovo Market which has to be the biggest market ever. It was packed with people and went on forever. Each aisle went for as long as you could see, then that aisle would have a few more branching off from it. Then there was another market within that market that you had to pay to get in. It was more touristy – but then the back of that market turned into a flee market. After getting lunch at the market, we went to the Contemporary History Museum which focused on Russia’s history for most of the 20th century.

The next day we spent most the morning/early afternoon getting train tickets for the Trans-Mongolian. Later that afternoon the sun finally came out so we went back to Red Square to take some photos and hang out. Even though Red Square conjures up images of tanks and communism, it’s really a beautiful place where people come to enjoy the weather and socialize. 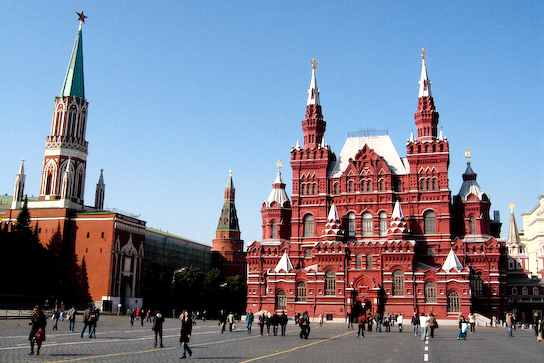 State History Museum and part of the Kremlin wall. 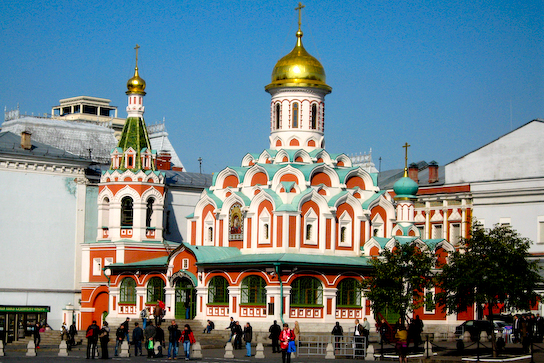 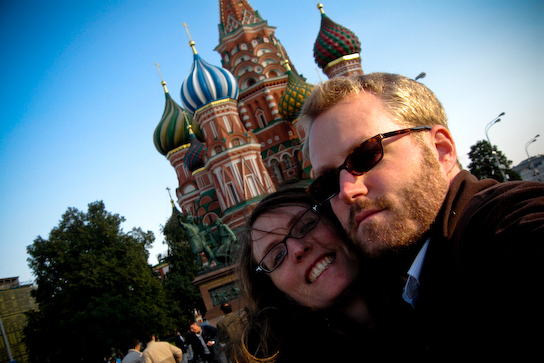 That's what I'm talkin' about! 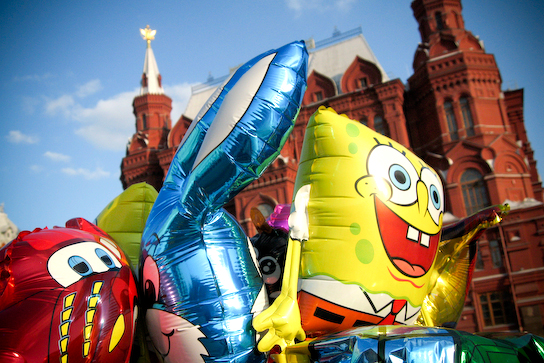 On our final day we went back to the Kremlin to visit the Armory. The Armory has all kinds of relics from churches and past royalty. Even a room with knights’ armor, swords, lances, battle gear for horses and other Medieval weapons. The last room had old carriages from back in the day. They looked like something from a Tim Burton film. Then we hit up the Tretyakov Gallery and a few random churches we stumbled upon walking to the museum.

On the way home we stopped in an upscale grocery store that used to be a rich merchant’s mansion. It had chandeliers, stained glass windows and marble everywhere. I wonder if it makes the food taste better? It was really dark and crowded inside, so the photos aren’t great. But you get the idea. 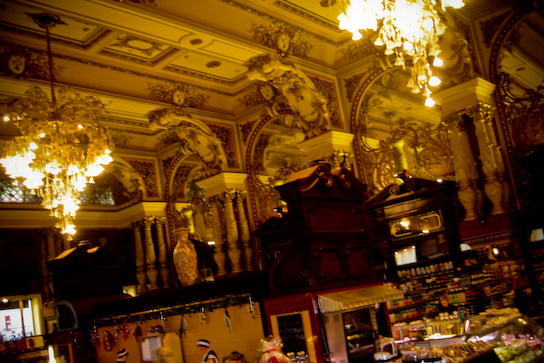 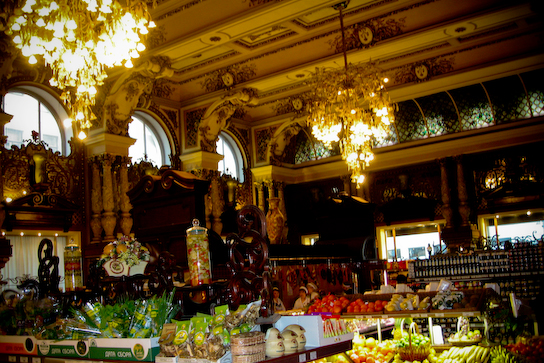 We also got some Russian chocolate for some people who worked at the hostel who were increadably helpful. We’ve been told that chocolate is the perfect bribe in Russia. It’s also a good thank you gift. They were really excited and ate most of it that night.