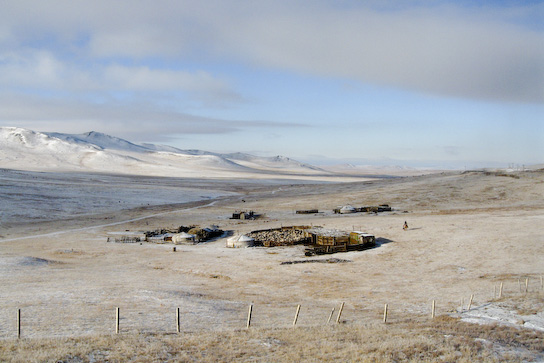 The outskirts of UB after a night of snow.

After a 30-hour train ride we arrived this afternoon in Beijing, officially completing the Trans-Mongolian part of our trip. Last night at the border we watched them change the boogies – wheels – on the train cars. Russia and Mongolia have the same width tracks, but China has a smaller gage. After you leave Mongolia, the train goes into this warehouse where each car is lifted about eight feet in the air, the old boogies are slid out and the new ones are slid in. The process is so smooth you don’t feel a thing – Tina didn’t even know it had been done. You have to watch this process from the train car since they won’t let you out (there are guards at each end of the car). Plus customs still has your passport so you don’t want to be going anywhere. 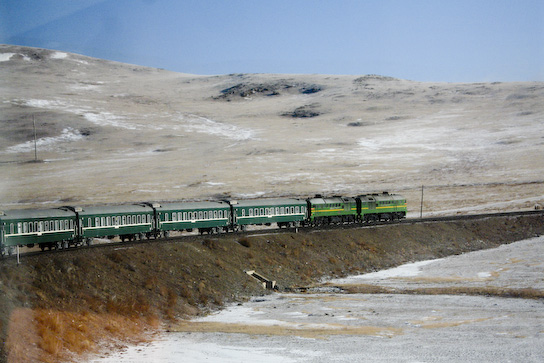 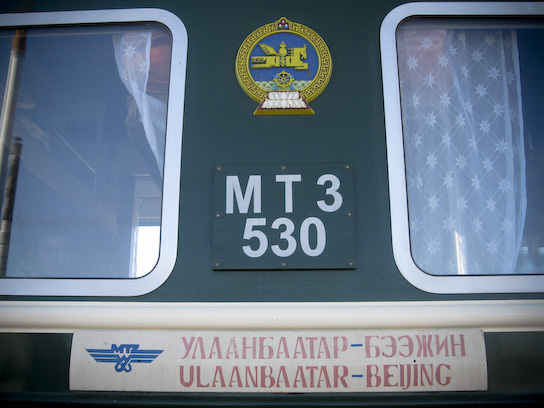 We we started and were we ended. 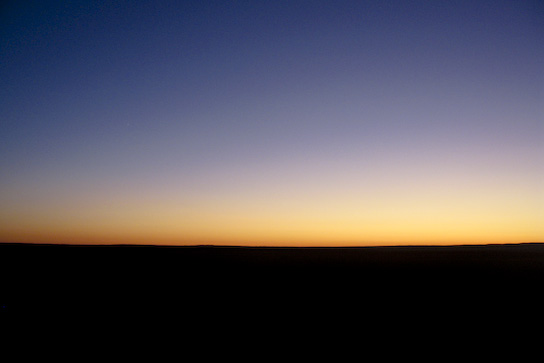 Sunset in the Gobi.

The subway in Beijing is in Chinese and English and the streets are also in Roman characters which made it easy to find our hostel. However, the hostel seems to have been swallowed up by a hotel. The guidebook says the hostel is across a nice courtyard from a hotel. But the courtyard has a sign saying the hostel is in the hotel. It’s still only $10 a night and about a 15 min walk to Tienanmen Square, but it doesn’t have that social atmosphere that a hostel does. And it has squat toilets. 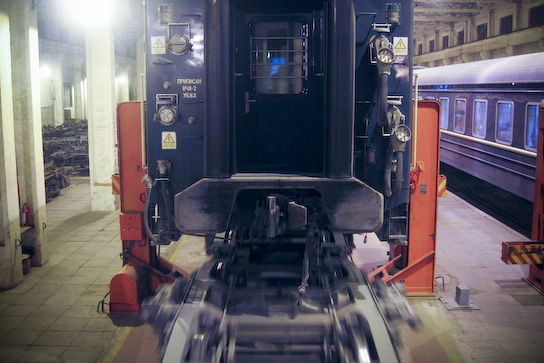 The new boogies being slid into place.

So far Beijing seems really cool. It’s a big city but it feels tame and kinda chill – like Portland, OR. There are as many people on bikes as cars, and lots of side streets that are cobblestone with little markets. And contrary to Russia and Mongolia, every restaurant looks so good! We passed a place that serves “Assuredly Mixed Vegetables”, which is good because when I order that at home I’m a bit incredulous as to the quality of mixing.

China is gonna be awesome.