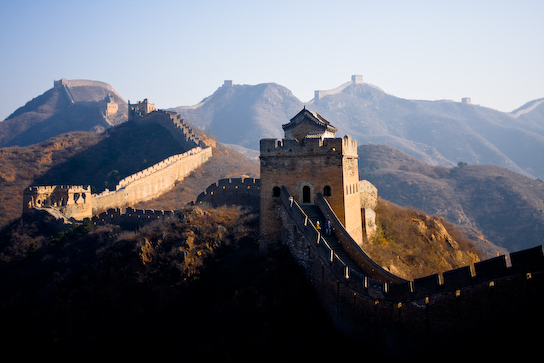 One of the first watchtowers of the hike from Jinshanling.

On our third day in Beijing, we got up early to hike part of the Great Wall. There are several places close enough to Beijing to make a day trip out of it but most locations are a single place you hike around and are really touristy. We decided to do a 10k hike from Jinshanling to Simatai to see more of the wall and spend more time hiking. I know a 10k isn’t much, but, dang. This kicked out butts. The hike was pretty much walking up and down stairs the entire way. 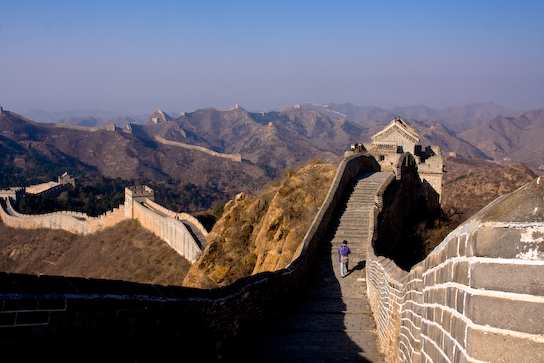 The wall goes on forever. As does the haze.

There were a few other people from our hotel going to the Wall, but we ended up in a car with two guys from Switzerland – architects, one of whom was studying in Tokyo. Our driver was one of the obnoxious kind around here who honks a lot, cuts people off and drives way too fast. Yet somehow we ended up getting to the Wall at the same time the other group did riding in a minivan. 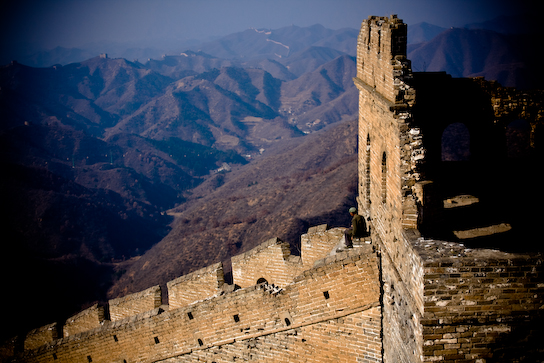 An old tout selling water, coke and beer. Wouldn't let us photograph him.

We got our entrance passes and started walking through the little town near the ruins. The Swiss guys were hungry so we stopped at a cafe and got tea, coffee and dumpling soup. Pretty soon we were joined by an American couple who was doing China and Japan in two weeks. They were leaving that night for Shanghai by overnight train. The soup was taking too long so we left the Swiss dudes and said we’d walk slowly and wait for them. 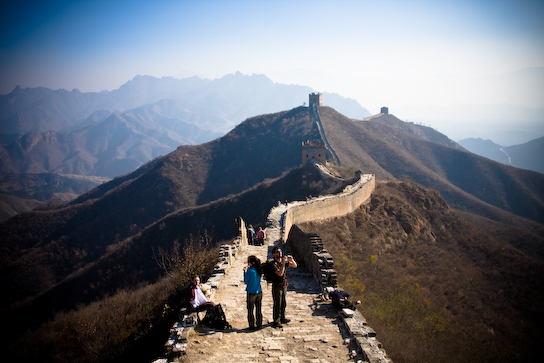 This is where we stopped for lunch. And to watch the highway construction.

Hiking the Wall was pretty cool. But I have just one little problem with it: it looks just like the pictures you see. So, you take this long staircase up to the wall, you get on top, look around, and it’s like, yup, this is what it should look like. There is very little surprise – if any at all. Anyway, you get my point. And, yes, I might be the only guy who has a complaint about hiking the Great Wall. 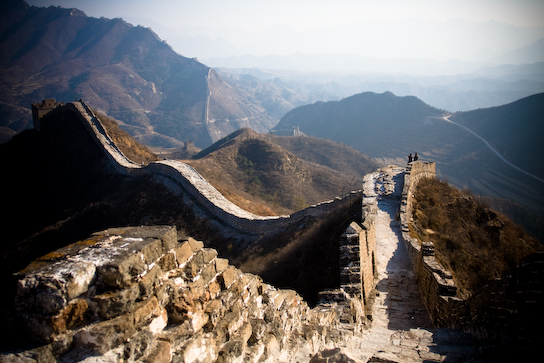 The ridge in the background is the Simatai section.

A couple hours in, we heard a huge explosion off in the hills. Then another one maybe 30 min later. As we rounded a bend, we saw an explosion on a distant hillside. Turns out the Chinese are building another highway near the great wall. When it’s done, there will be highways visible on both sides of the Wall. This is so symbolic of where China is right now: needing to expand to maintain it’s breakneck growth but trying to balance it’s history (often on the loosing side) – and and international destination – in mind. There are already too many touts walking the wall trying to get you to buy stuff. I can’t imagine what it will be like when there are lots of tourists, touts and the roar of two highways. Better get there now while it’s semi-peaceful. 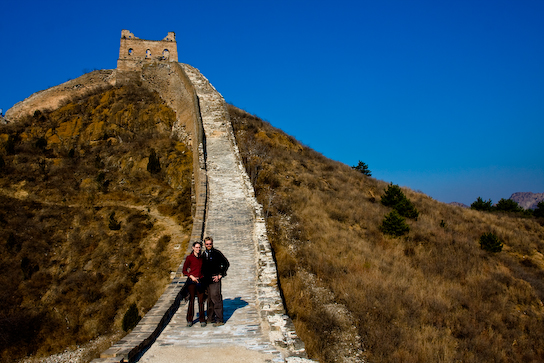 Tina wanted proof that we hiked the Wall. 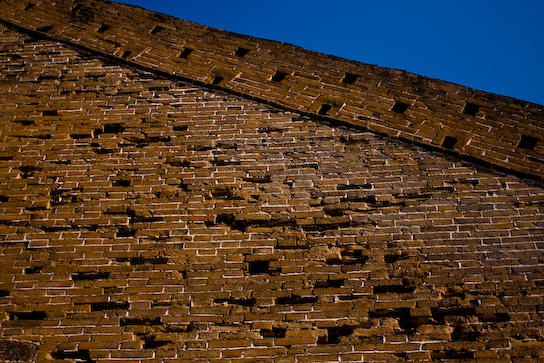 Close up detail. I like how the bricks at the top slope down.