Our remaining time in Beijing, between taking care of the visa and going to Xi’an and Pingyao, was spent seeing more of the sites. There aren’t many stories to tell, so here are some photos with expanded captions instead. 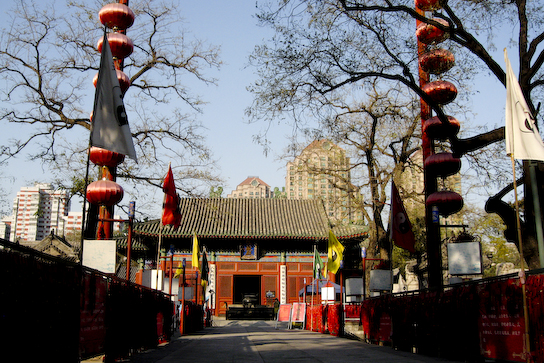 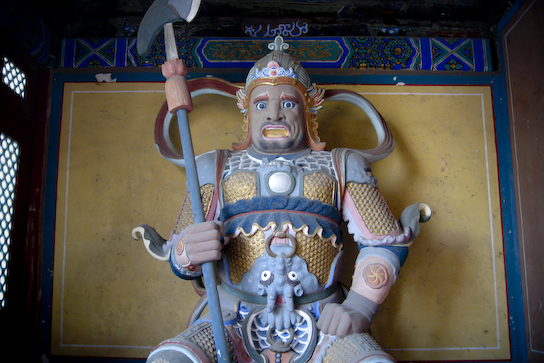 One of the guards in the main archway of Dongyue Temple. 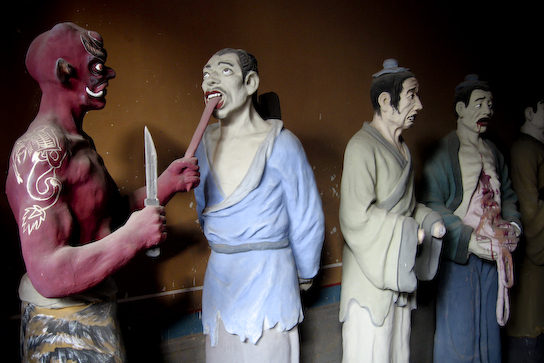 Dongyue Temple had various Taoist departments with different functions. This was my favorite: Department For Implementing 15 Kinds of Violent Death. 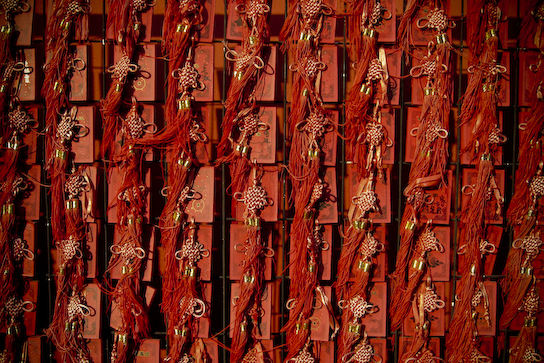 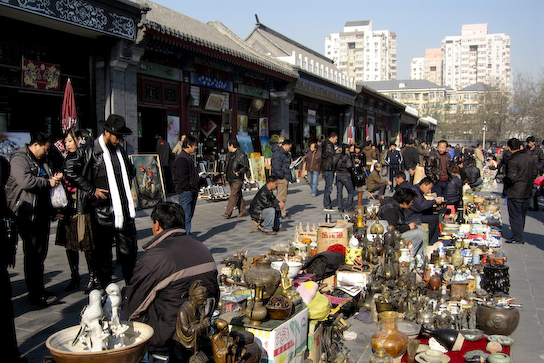 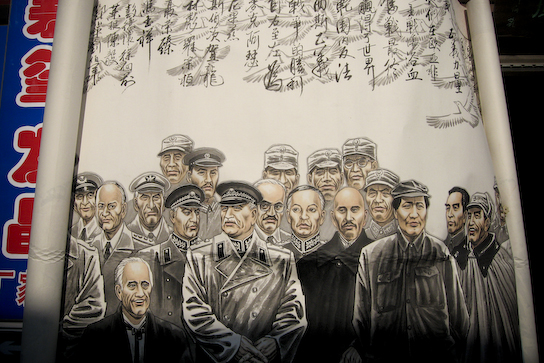 Cool poster at the antiques market. 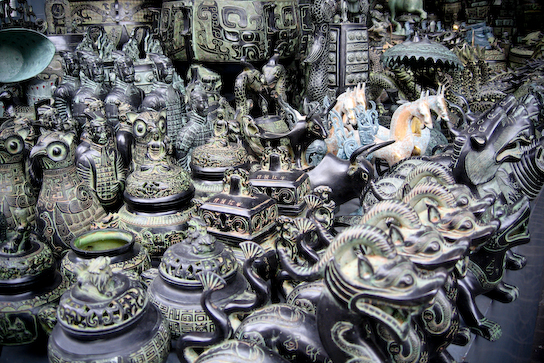 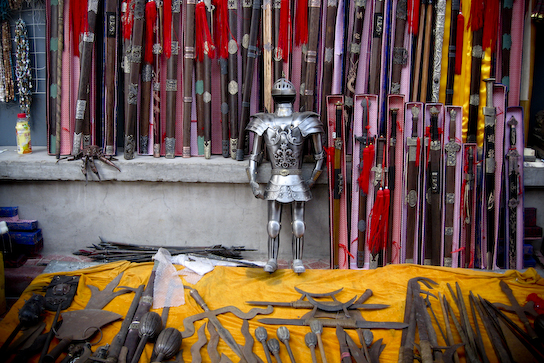 You could by all kinds of medieval weapons! 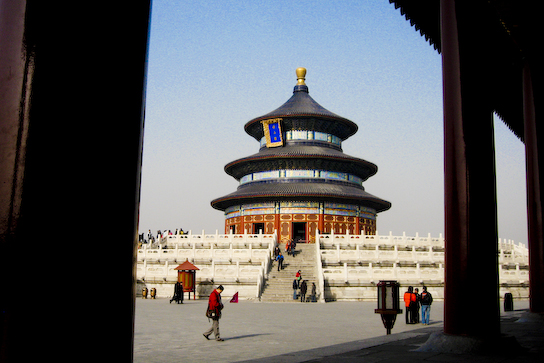 Hall of Prayer for Good Harvests, Temple of Heaven Park. 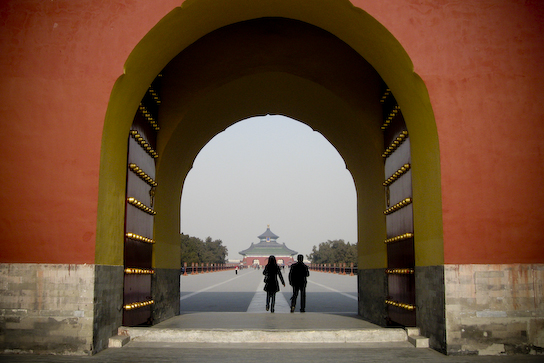 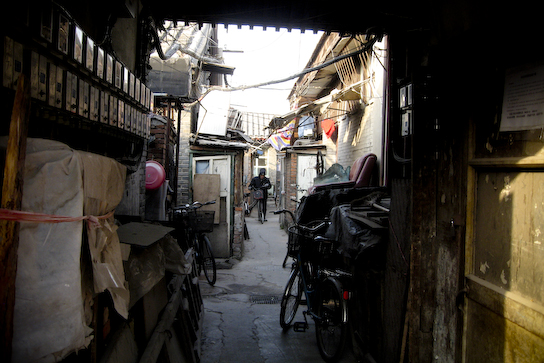 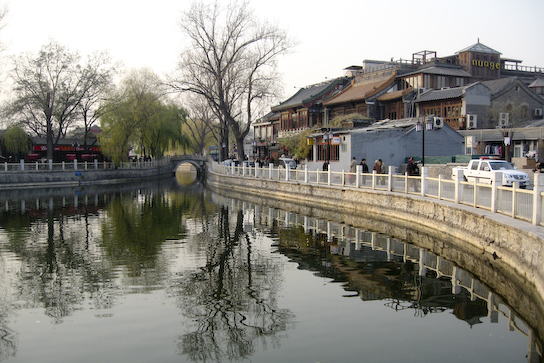 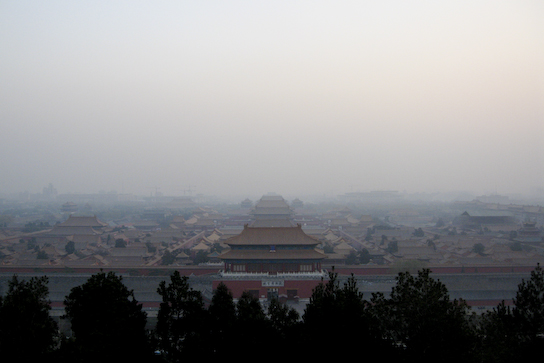 Forbidden City viewed from Jingshan Park on another smoggy day. 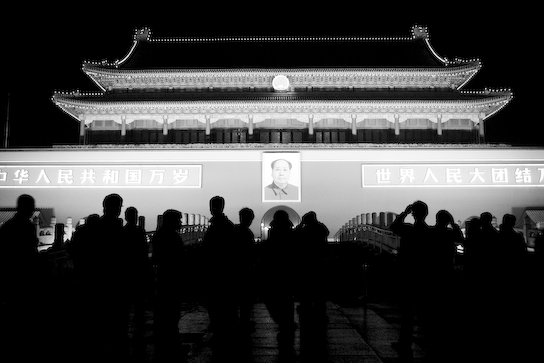 Gate of Heavenly Peace at night. 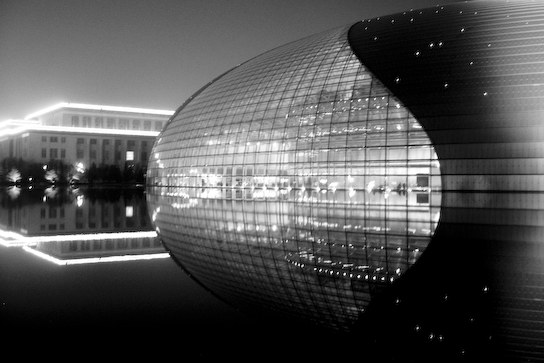 The Grand National Theater at night mirrored in its reflecting pool. It’s shaped like half an egg with a reflecting pool around it. The reflection completes the shape. Truly stunning at night. 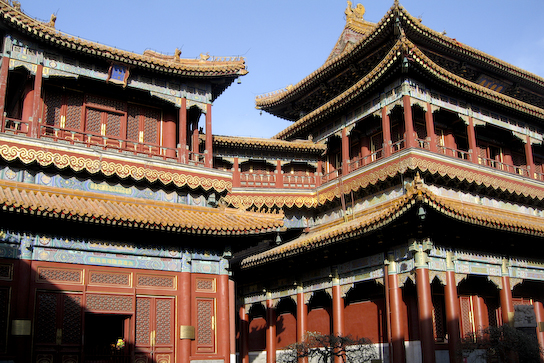 Rooftops of the Lama Temple. 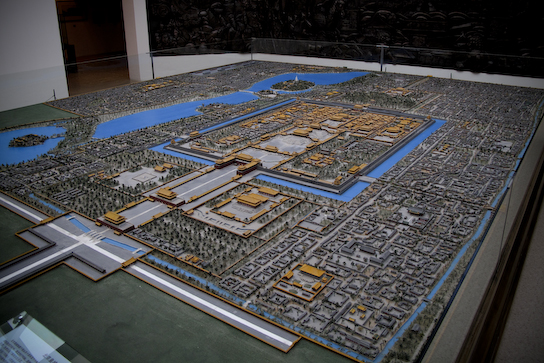 The Imperial City Museum had a diorama of Beijing at its zenith. The only parts left are the Forbidden City – the square with the moat around it – and some of the parks to the northwest. 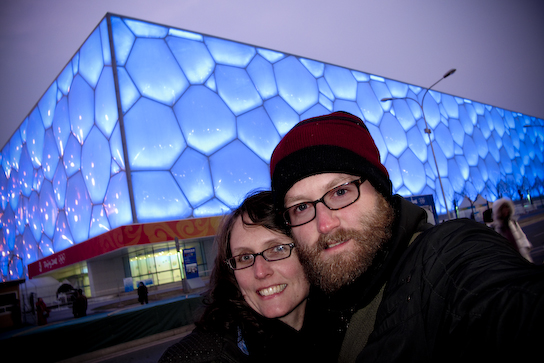 Here we are at the National Aquatics Center (aka. Water Cube) built for the 2008 Olympic Games which gets all lit up pretty at night. 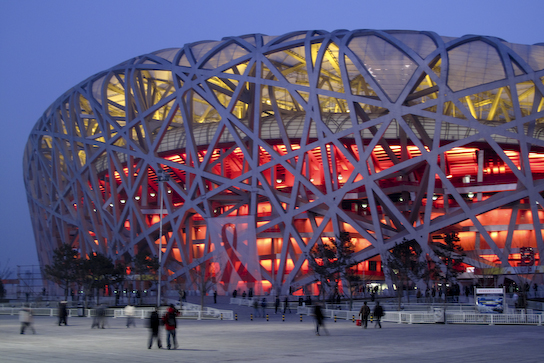 The “Bird’s Nest” also lit up at night. Might be one of the coolest structures I’ve ever seen. 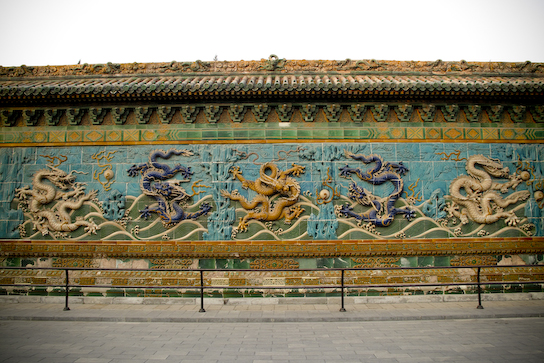 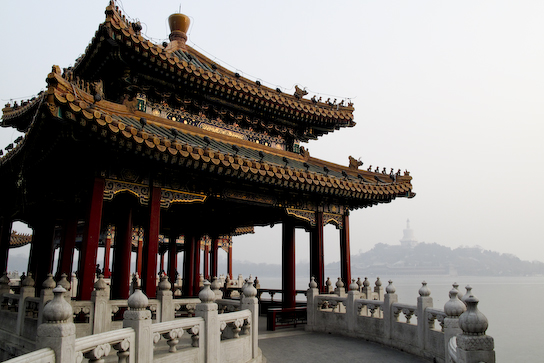 A miserable gray day at the Summer Palace.