A soulful tattoo parlor in Chinatown.

Melaka, Malaysia – All the things we loved about Georgetown were also found in Melaka’s old quarter, but on a much smaller scale – like a Snicker’s Mini’s. The neighborhoods were just as unique and the food was just as tasty – with chicken and rice balls and tandoori chicken sets served on banana leaves as some of the highlights. 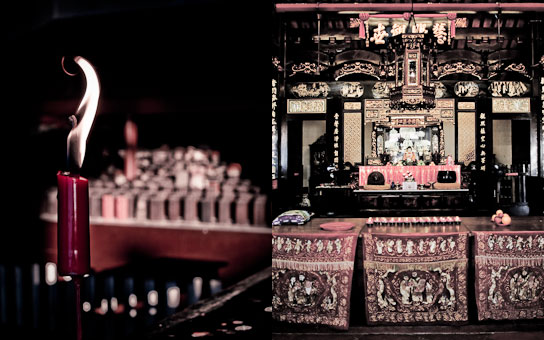 The Sungai Melaka river bisects the old quarter and creates a few distinctive sections. On the eastern side of the river is the colonial Dutch area centered around Town Square – shaped more like a triangle – where most of the major sights are. Little India is to the north and the newly developed sections are to the south. Somewhat partitioned on the western side is Chinatown. The river must be just wide enough that most tourists don’t venture over to the west. And if they do, it’s not for very long. 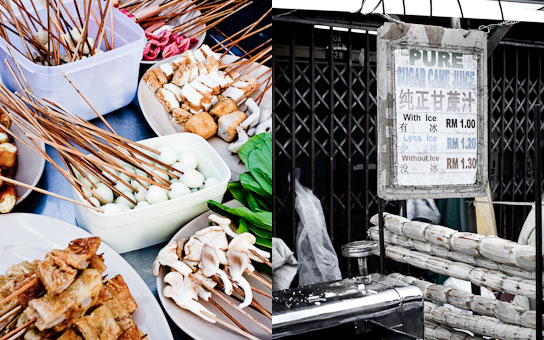 Veggies for hotpot and sugar cane juice vendor at the night market. 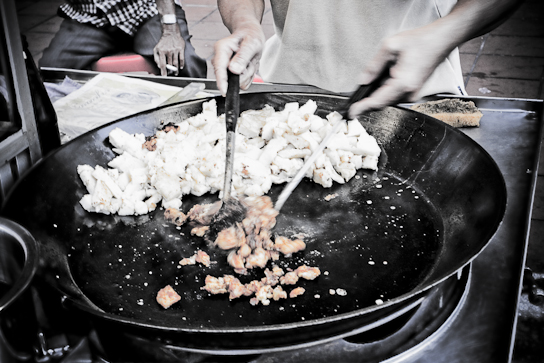 Stir-frying up some good eats at the night market.

Which was great because we spent most of our time exploring the back alleyways of Chinatown or relaxing at the only cafe in town, occasionally crossing the river to Little India for some good eats. Other then spending a morning seeing a few sights, we didn’t see much of the Dutch area – mainly since it’s fairly overrun by tourists and, honestly, not that interesting. 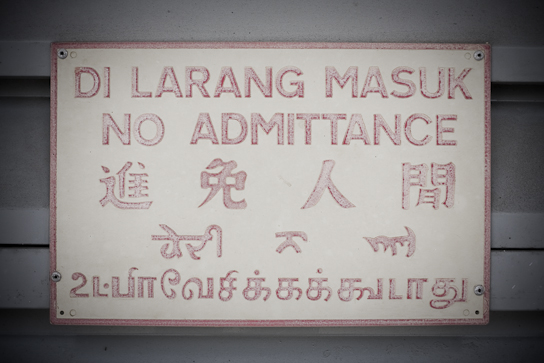 Somebody doesn't want anybody to go in here.

Even though Chinatown was billed as over-touristic, we didn’t see many. It actually seemed pretty authentic: the streets were full of shophouses, metalsmiths, little restaurants, temples, mosques and people going about their normal lives. And early every morning we were woken up by the day’s first call to prayer – or by roosters. Whoever got up first. 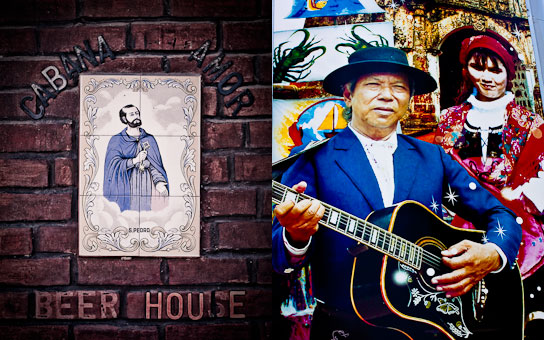 Bar and poster in Medan Portugis. 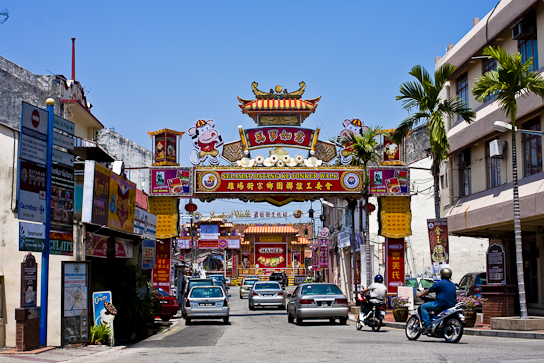 The family-run shops closed around dinner time and the restaurants didn’t stay open much later. Even at the night market – which only runs on the weekend – people were more into seeing friends and catching up on the latest neighborhood news then selling us anything. And during the week, when there is no night market, Chinatown was all but deserted. 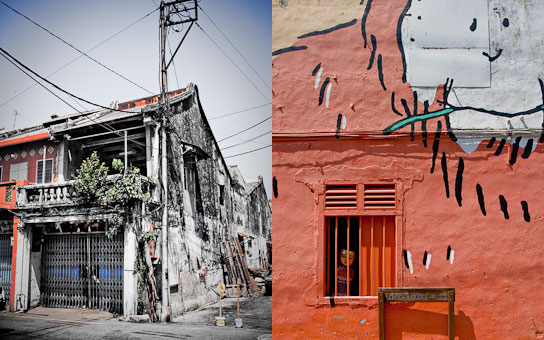 Looking for a little adventure, we took a local bus down to Medan Portugis, or Portuguese Square, which is the heart of the Eurasian community. Unfortunately it appeared to have stopped beating a while ago. It was filled with empty food stalls and picnic benches – it had a slightly abandoned amusement park feel (we learned later that its pulse is strong on Saturday nights). So before catching the bus back to Chinatown, we stopped at a little open-air cafe filled with locals and enjoyed a soda  and the continued lack of tourists.