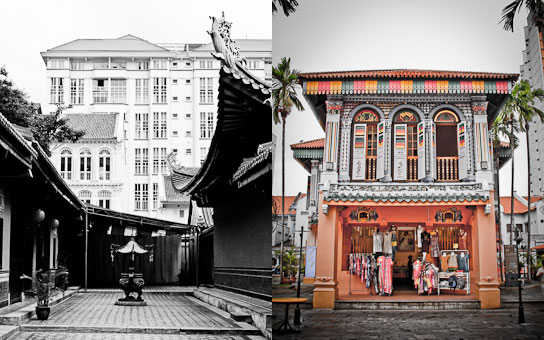 Singapore – Except for a few nice places on the beaches of Vietnam and Thailand, we have been staying in the ‘upper budget’ range. And even in you include those few nice places, our accommodation has averaged about $12 a night. So when we started looking for our hotel in Singapore, we decided to go all out and get fancy. We deserved it after all, right? Well, that’s what we thought until we showed up. 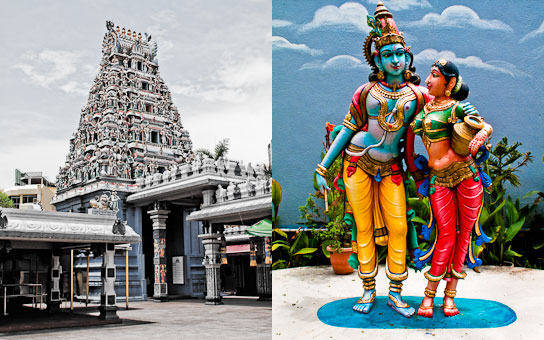 We stayed at The Scarlet, a posh upmarket boutique hotel that spared no expense: there was a waterfall along the lobby wall, a doorman and marble tables. There were people in suits and dresses milling about waiting for the bar to open.  Even the couches in the lobby were more comfortable then any bed we had slept on so far. 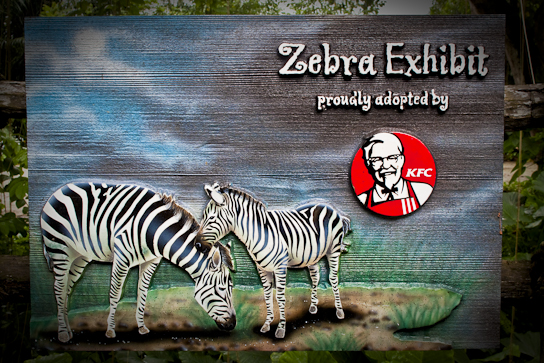 Can you guess where we had to eat lunch?

So when we walked into the lobby – after not having showered in a few days, after just getting through our second round of bed bugs, with our sorry torn luggage, our clothes stained, our shoes stinking – we just wanted to apologize and walk out, not even letting the doorman fulfill his post. 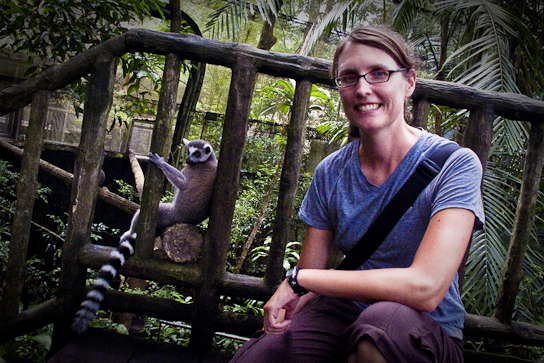 Tina made a lemur friend.

Through some grace of God they checked us in and even carried our luggage to the room. When they left, we looked around and almost cried. There was a welcome kit of dried fruit and bubbly water. There were bathrobes, slippers, an enclosed shower, carpet, a huge comfy bed with lots of pillows and a free newspaper each day. We swore we’d never leave the room until our flight to Bali left. 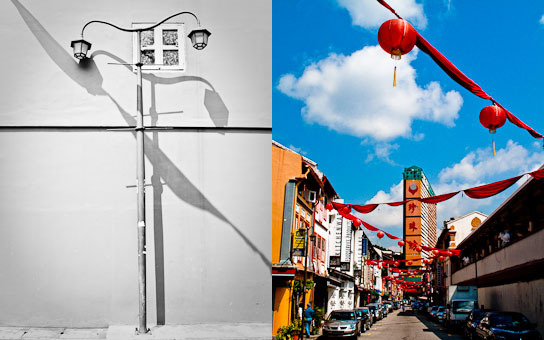 Well, you can take the travelers out of the cheap, but you can’t take the cheap out of travelers. We christened our newfound life of luxury by doing laundry in the sink, going out for dinner in the open-air food stalls down the street and getting our breakfast the next morning from the 7-Eleven on the corner.

Food has certainly been a highlight of this trip. We’ve had some of the best meals of our life, and certainly spent the least amount of money for them. And I already dread going home and having to pay ten times more for food that is half as good. But if there is one culinary arena where America dominates, it’s breakfast. 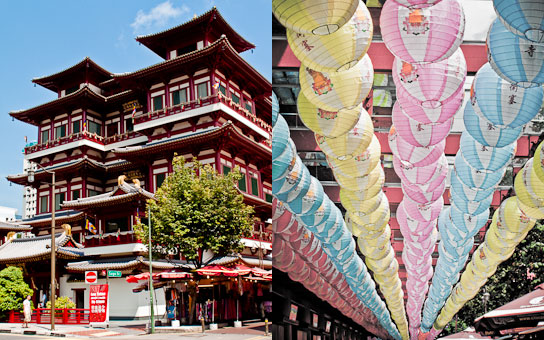 Most budget hotels that include breakfast with the room have a limited menu. Usually it’s not a question of if you want eggs or not, but how will you have your eggs prepared. And no matter what you request, nine out of ten times they come  scrambled anyway. 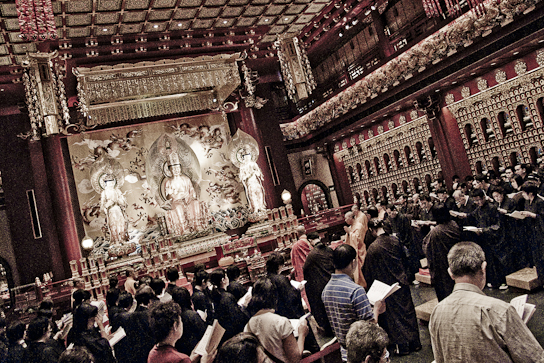 Usually restaurants that cater to tourists serve some form of eggs or fruit pancakes – more like crepes – for breakfast, with the occasional appearance of french toast. But other then this one place in Otres Beach that made great french toast with a baguette and cinnamon, it’s usually just bread dipped in egg and fried in butter. For eight months there has been no flapjacks, no waffles, no bagels, no cereal, no Moon Over My Hammy. 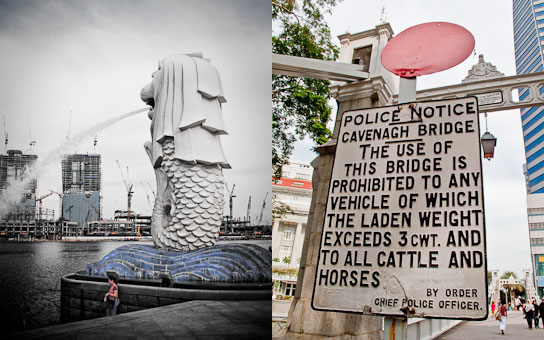 I usually have a moral qualm with zoos, but the Singapore Zoo might be one exception. Being mostly jungle, the island of Singapore makes a great place to house animals – all of which were “saved” and given to the zoo. Also most zoo’s construction is too obvious and filled with concrete to be enjoyable. The Singapore Zoo is the opposite – they basically just cut paths and habitats out of the jungle. So when you are walking around the Jungle Zone, it really is the jungle. 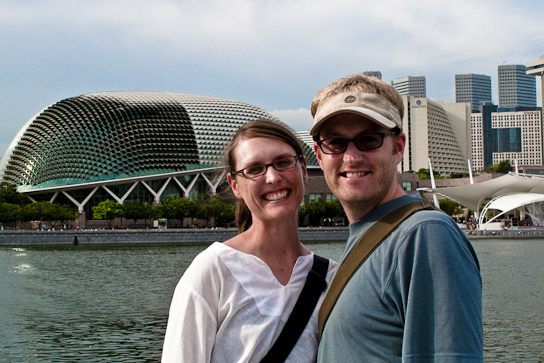 Us in front of the Esplanade Mall, or “two upturned durians”.

They also allow certain animals to roam free in certain parts. The orang-utans can walk and swing between trees way outside the confines of their official area. There are lizards, lemurs and various colorful birds that dart across the path or buzz your head as you walk around. And instead of gates and bars enclosing the animals, there are natural ‘walls’ keeping them from the visitors – usually a stream or a rock wall. 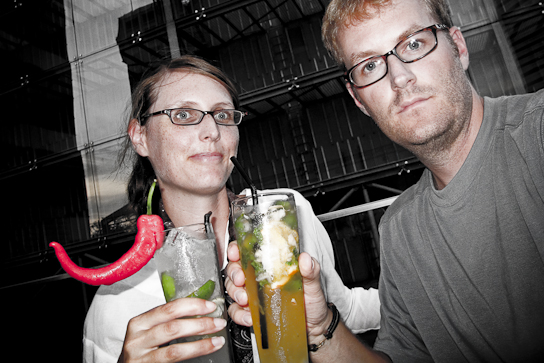 Tina had a crazy tom yum (like the soup) cocktail and I had some wuss fruit thing.

The best attraction is the Critter House. You have to pass through two doors and a warning to not hold the door open to get inside. It’s filled with hundreds of butterflies, parrots and other tropical birds, lizards, deer mice, lemurs, and best of all – flying foxes. There are no boundaries between you and the wildlife – we had to walk around a mice deer and lizard walking along the pathway like they themselves were visitors for the day.