Georgetown, Malaysia – The name Georgetown seems like it would be a smallish place, town-like even. But when the bus crossed the Penang Bridge and we could see the rows of high rises and hotel chains, it was much more city then we expected. A metropolis maybe. We joked that the name should be changed to something like Georgecity, or Georgetropolis. But then we decided people might confuse it with George Stephanopoulos. 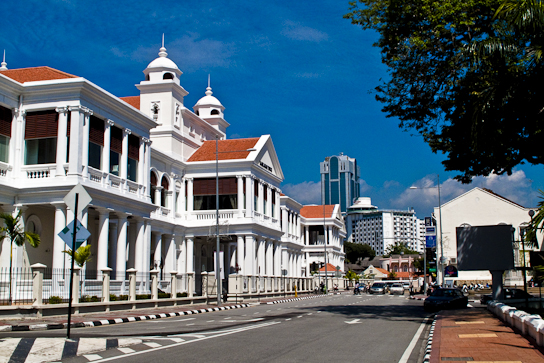 In what was most likely billed as “progress”, the island on which Georgetown resides has been taken over by buildings. There is some green space in the middle and the more you head away from Georgetown the less crowded it gets. But for the most part, it’s pretty developed. But instead of developing over the historic parts – ala China – the new developments were built around the old neighborhoods, creating a cocoon of cement. Within this shell lies the magic Georgetown. 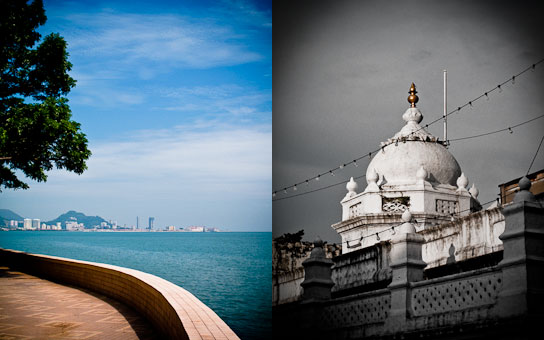 More of Georgetown across the water; one of the many mosques.

This protection has allowed the neighborhoods of Little India and Chinatown to remain singular and authentic. Throw in a few mosques, temples and some British Colonial architecture, and you have a most spectacular place to wander – especially along the streets where they meet. On one side of the road you have Colonial buildings; little Chinese shop houses on the other. All the while you smell curries and hear the latest hit from India pop radio. END_OF_DOCUMENT_TOKEN_TO_BE_REPLACED

Ko Phi Phi & Ko Lipe, Thailand – Maybe it was the heat or just the length of time we had been traveling, or most likely a little bit of both, but we hit a serious wall in Bangkok and were really looking forward to the Islands for some much needed R&R. 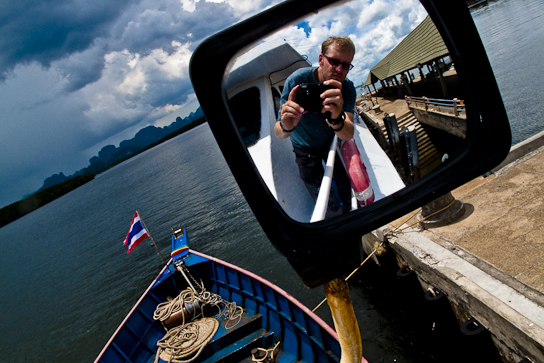 Getting ready to leave Krabi.

The Thai islands had reached an almost mystical status in my mind, and I had come to expect near perfection from the tropical beaches that awaited.

It was just a matter of picking which one.  We interviewed numerous other travelers who had been to the islands and found it nearly impossible to pick between them all; but we finally settled on Ko Phi Phi.

The view from our seats on the ferry.

I came to Ko Phi Phi expecting paradise. And what I saw when we arrived at four in the afternoon after another overnight train, two hour bus trip and three hours on a ferry, was anything but.  It was pouring, the beach was junked up with boats, the town was crowded and dirty, the streets were flooded with an inch of water and in some parts you cold smell the distinct odor of sewage.

END_OF_DOCUMENT_TOKEN_TO_BE_REPLACED 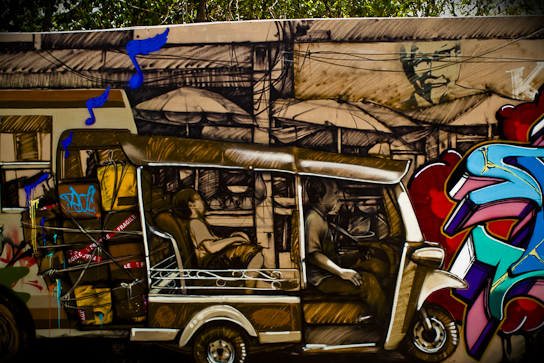 Bangkok, Thailand – The first thing we noticed about Bangkok after stepping off the night train from Chaing Mai was the heat. It was hot (upper 90s) and humid (upper 80s) and would rain every afternoon for about 30 minutes. It reminded me of growing up in Florida. Incidentally, according to a couple sources, Bangkok is the hottest capital city. 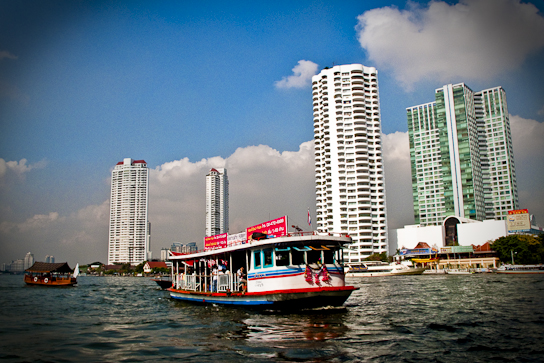 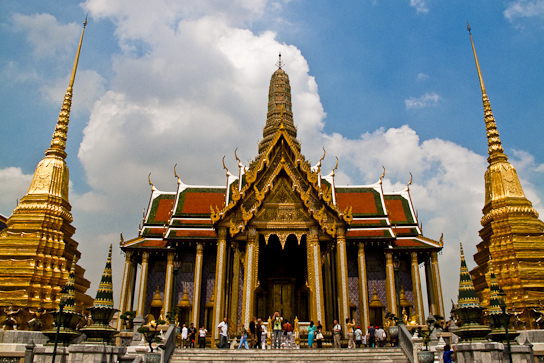 The second thing we noticed was how huge this city was. Since leaving Shanghai four months ago, most of our time has been spent in little towns with less then 100,000 people. Bangkok has millions. And they all love going to malls – which also might number in the millions – downtown is full of them! If you went to a different mall each day, it would take at least three weeks to see them. And most are connected so you can move to a different mall without going outside. Which is great when you want to escape the heat.