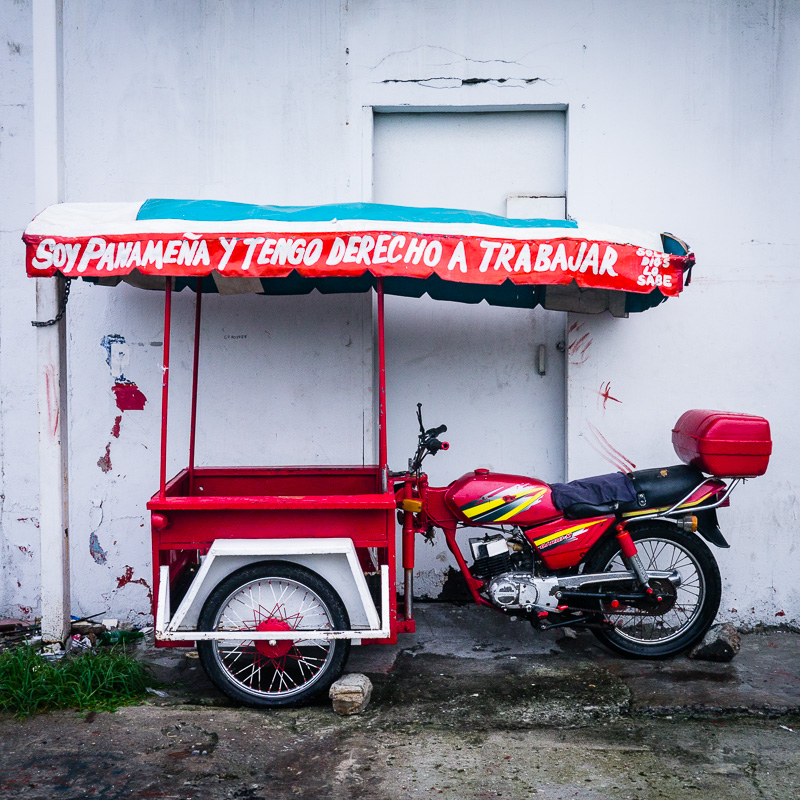 END_OF_DOCUMENT_TOKEN_TO_BE_REPLACED

Pedasi and Portobelo, Panama – From Boquete we started our long journey to the Pacific Coast town of Pedasi. We had gotten directions on how to get there from a few people, all different, but they basically consisted of taking a lot of buses. We started early since we knew it would be a long day. The hotel’s owner dropped us off in town at the bus stop and got us on the bus to David. We then caught the bus to Santiago. From there we went to Chitré, Tables, and then finally Pedasi. One car ride and five bus rides later we were in Pedasi and our bus driver was kind enough to drop us off right in front of our hotel.

When we woke up the next morning we saw something that we hadn’t seen in a long time: sun! Woo hoo! The hotel’s owner told us there was some flower art thing going on downtown so we went to check it out, but they were just starting their designs, and it was hot, so we decided to grab some snacks from the grocery store and take a taxi to the beach. Pedasi is very much a beach town, but the beaches are a ways from town, but thankfully, the taxi fare is cheap. 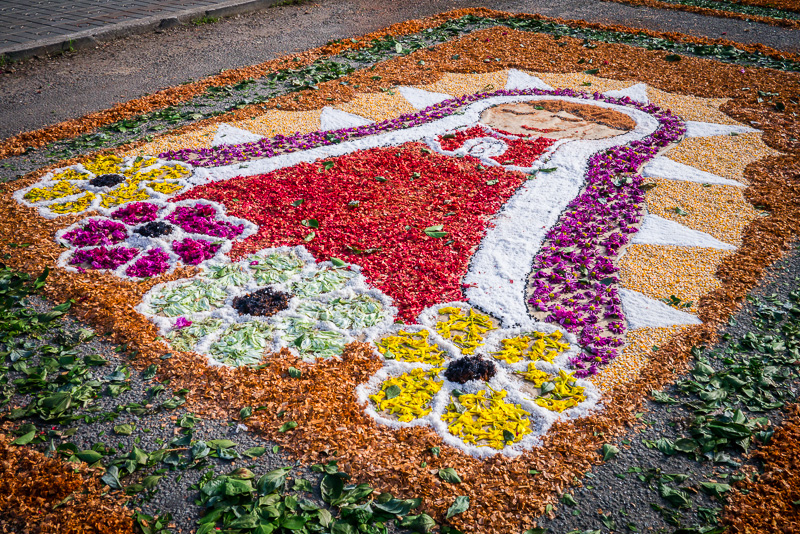 Artwork on the street using various plants and rice.

We hadn’t been to the Pacific since Mexico and it was a nice change from the Caribbean. We had a really nice day at the beach. Stuart built us some shade using my sarong and some sticks and we lounged and swam for several hours. I played with a little girl for a while who I think was perplexed as to why I couldn’t really talk to her. She started acting stuff out once she realized I couldn’t understand Spanish. She was pretty funny. I thought we were having a good time until she decided to walk away without so much as a “adios”.