Belize – After a month-long hiatus from traveling, we started again where we left off in Cancun, Mexico. We had debated about going to Belize, and finally decided that we heard enough about it to dedicate a few days there – plus we would get to add another country to our list. We flew in to Cancun because it was a lot cheaper than flying to Belize City, and we had some Pesos that we needed to get rid of. After spending a few hours in the Cancun bus station (and eating one last Mexican meal) we boarded the night bus to Belize City. 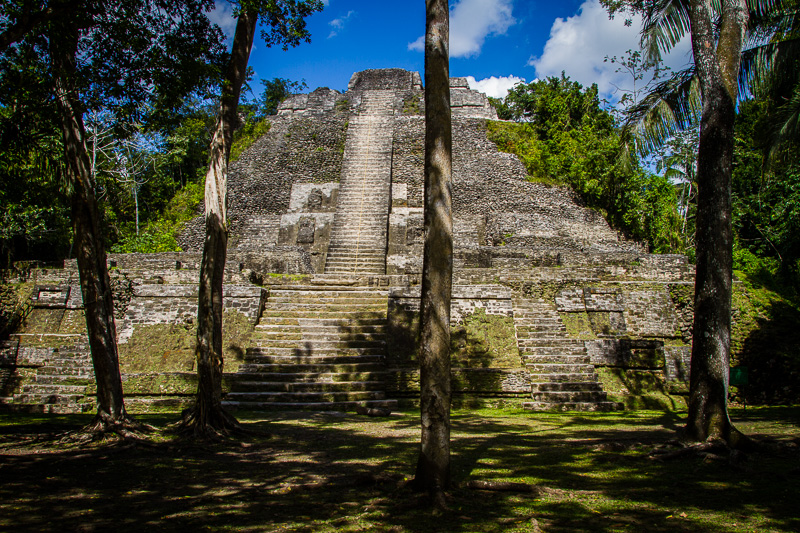 The ruins of Lamanai.

It was a decent bus, although the air conditioning was super cold, and we had an uneventful, quiet ride. We reached the border at about 4am and everyone got off the bus to walk through immigration. It went smooth for most people, but a few people who were doing the same thing we were – flying to Mexico and leaving the same day for Belize – were trying not to pay the $25 exit fee since they were technically in transit. I tried that as well stating in my broken Spanish, “En Mexico para una dia, pero no pagar?”