Norther Luzon, Philippines – The next stop on our itinerary was the Ifugao Rice Terraces in and around the town of Banaue. We were indecisive about going because the area is frequently fogged in and rainy – hiding the terraces from view – and with the luck we were having with weather, we weren’t sure it was worth the trip. But this is one of the highlights of the Philippines and a Unesco World Heritage Site so we decided to take our chances. 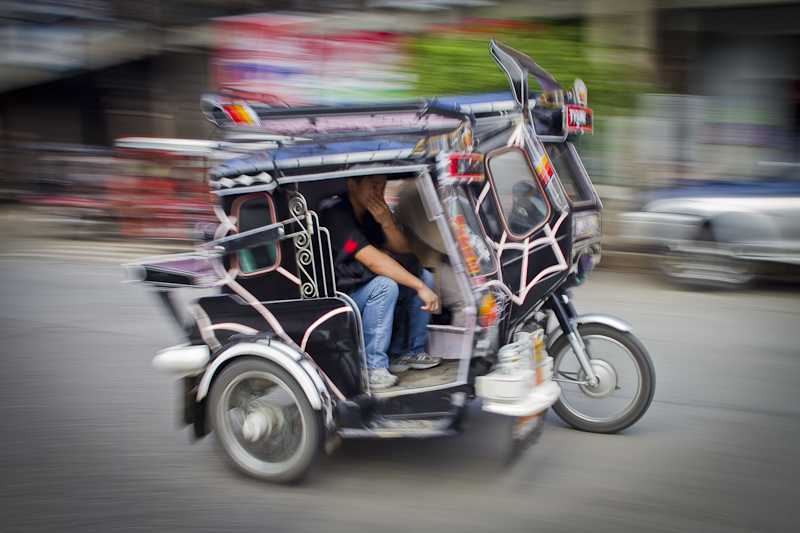 We arrived in Banaue in the early afternoon to a surprisingly sunny day with the people in town saying it was raining the day before and sun this soon was unusual. Knowing that it probably wouldn’t last, we quickly hopped in a tricycle (a motorbike with a sidecar that seats two) and headed up to the view points just outside of town. The tricycle broke down about a kilometer away from the first vista point and we decided to hoof it rather than wait for the driver to fix it. We knew that he would come find us eventually – we hadn’t paid him yet.

END_OF_DOCUMENT_TOKEN_TO_BE_REPLACED

Northern Luzon, Philippines – After spending the night in Laoag we took a bus a few hours north to Pagudpud, a beach dubbed the “Boracay of the north”. I’m not so sure how accurate a comparison that is – they are both beaches, sure, but Boracay has fine white sand and clear, calm water. Pagudpud has corse yellow sand and rough water. Boracay is littered with hotels, restaurants, stores and even more tourists. Pagudpud has a smattering of hotels, no restaurants or stores, and precious little people. 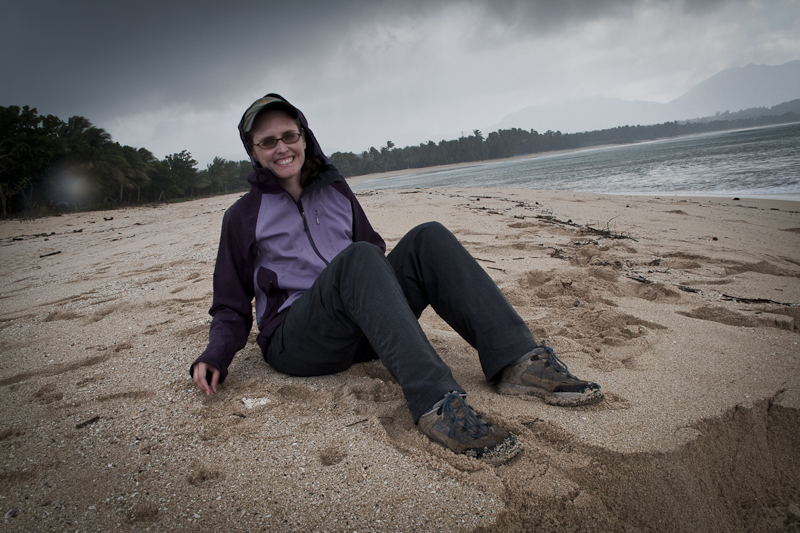 Staying true to form, it started pouring down rain as soon as we arrived – which put us in a good position to negotiate for a few dollars off the cost of our room. I was totally bummin’ that once again it was raining at the beach and decided to mope in the room, but Stuart coaxed me out and we thew on our rain coats and took a long walk along the beach. There are worse things to be doing than walking down a quite beautiful beach in the rain with the man I love – even a “Debbie Downer” like me had to admit that.

END_OF_DOCUMENT_TOKEN_TO_BE_REPLACED

El Nido, Palawan, Philippines – At the northern tip of Palawan is El Nido, a sleepy little beach town with one road and a few hotels scattered along the shore. Since the beach isn’t much, every morning people escape on boats to explore the Bacuit Archipelago – a vast collection of jagged limestone islands with hidden lagoons, soft white beaches, and crystal-clear water. I’ve never seen anything like it. 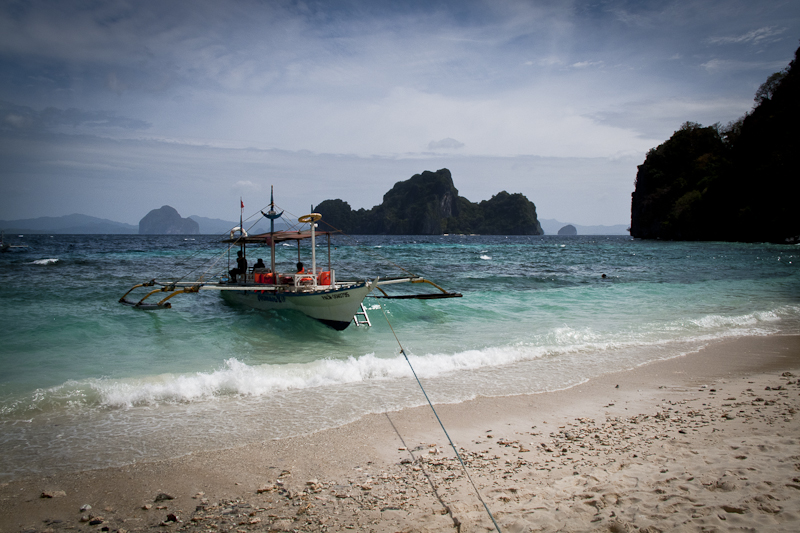 Bangka on the shores of Simizu Island.

We arrived around lunchtime after a seven-hour van ride from Puerto Princesa – which included a drunk Polish guy – who threw a tantrum at the hotel that morning – spending most the ride asleep on Tina’ shoulder. When we got into the minivan the driver told us to move to the back because the front seats were reserved for some locals who reserved these seats “weeks ago”.

Never in our travels have we heard this, so we refused and remained in our seats because of the extra leg room (for the ride back to Puerto Princesa, our request to reserve the front seats was met with laughter).

END_OF_DOCUMENT_TOKEN_TO_BE_REPLACED

Puerto Princesia, Palawan, Philippines – Anytime you take a bus or minivan in Southeast Asia, it’s guaranteed the first stop will be around the corner at a gas station – getting fuel is done on your time. And drivers never top up the tank: For short trips they buy just enough fuel to get to the destination, and for long trips they buy enough to get to the next rest stop – where they can refuel and receive free meals in exchange for bringing busloads of potential customers.

Apparently the same thing is true when you fly. Due to “heavy traffic” at the Tagbilaran airpot (two planes), our connecting flight coming from Manila had to be rerouted for a refueling stop. The flight from Manila only takes 45 minutes. So after flying about an hour, the plane ran low enough on gas that they had to fly to a different city just to refuel. Hope the pilots got free meals! 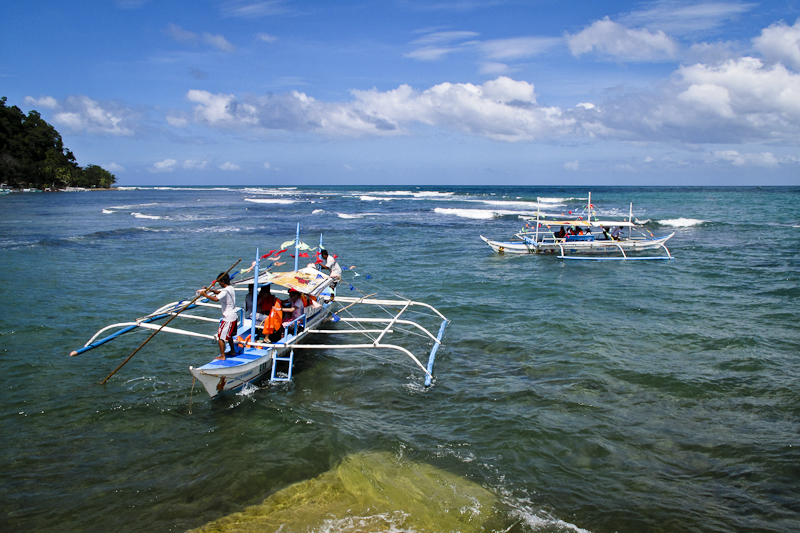 Once the two planes departed, our plane landed to the usual fanfare which had little to do with this particular flight – when a plane comes in for landing everyone in the airport rushes up to the windows to watch, shouting and taking pictures. And as if trying to atone for their tardiness, the airlines handed out little orange umbrellas for us to use for the the short walk out to the plane.

END_OF_DOCUMENT_TOKEN_TO_BE_REPLACED

Bohol, Visayas, Philippines – As we were planning this trip, Stuart and I discussed some of the things we wanted to do differently this time. One of them was to spend more time in less places – not to be on the move every two or three days like our last time out. But when we awoke on our third day in Siquijor and it was overcast and looking like rain again, we make a quick decision to leave and take the ferry back to Dumaguete and then on to Bohol, another island in the Visayas. So much for staying still. 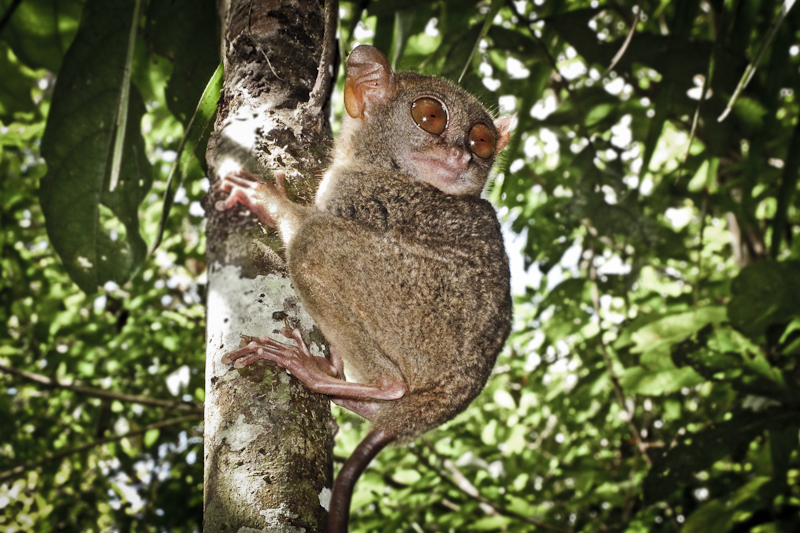 Too upclose and personal with a tarsier.

Bohol is home to the Chocolate Hills, one of the most advertised tourist destinations in the Philippines. The 1,268 rolling hills are the result of uplifting ancient coral reef deposits followed by erosion and weather. In summer, the hills turn from green to chocolate brown – hence the name.