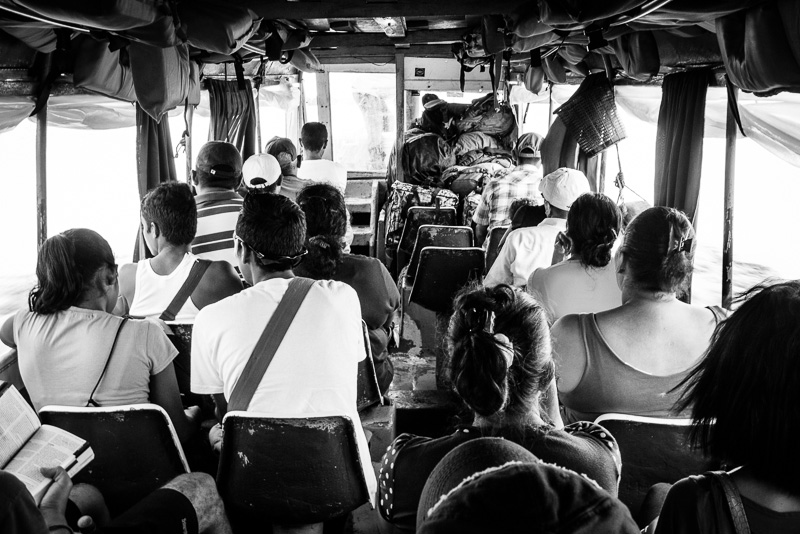 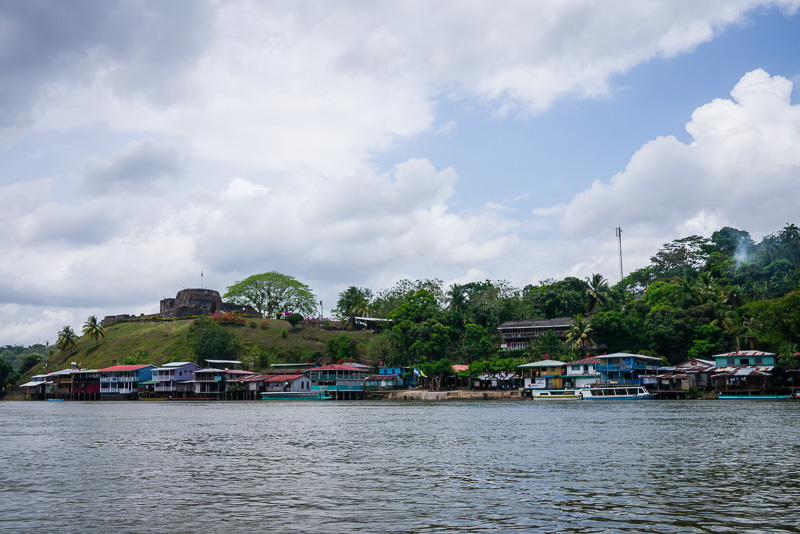 Stuart had talked to some of the people on our ferry from Ometepe about getting together to do a tour down the San Juan. They were due to arrive in El Castillo that afternoon so we walked down towards the boat dock to try and find them and managed to run into them pretty quickly (there’s only one street in town). We were all hungry so we first set off in a big group to try and find someone who was able to serve food. We finally found a place and had a nice, cheap lunch of (surprise) chicken, rice, and beans. While we were eating the power came back on. After lunch it took a lot of talking and organizing, but we finally managed to settle on a tour for the next day that pleased everyone in the group.

We had initially planned on a day trip, but the rest of the people in our group had their hearts set on camping. I was a little unsure about camping both because of the weather and my persistent health problems, but I finally decided that it was worth it. The trip sounded pretty cool. We’d take a boat down the river and camp overnight on a little island. I guess if it rained, we’d just get wet. It was only one night so if it was totally horrible I could manage. 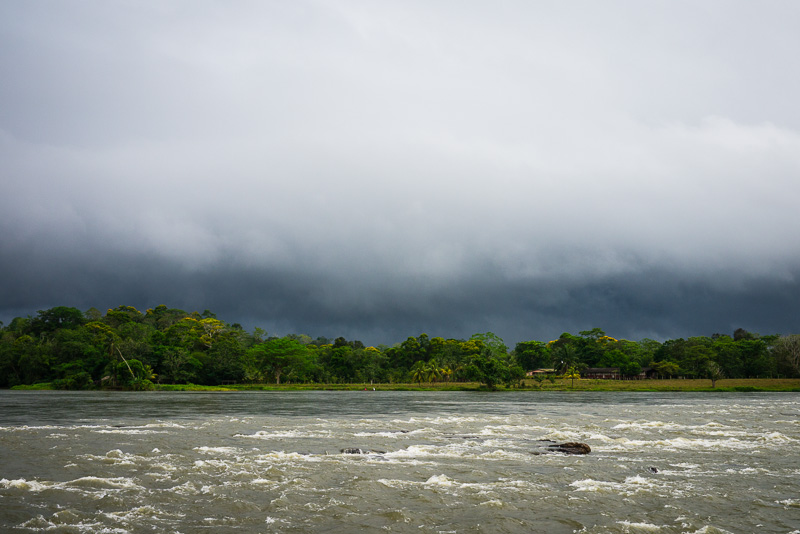 The trip turned out to be a lot of fun. Our group was Stuart and me, the American couple he met on the ferry (who we discovered were also friends of Liz and Eric who we stayed with in Mexico City), a Dutch couple, an Australian guy also named Stuart and a German girl traveling alone who just happened to hook up with our group, and two guides that were brothers. The ten of us set off in a small motor boat, a canoe and a kayak down the river. We traveled slowly and our guides pointed out birds and lizards along the shore. We had some rain, but it wasn’t heavy and the skies cleared up by the afternoon.

The San Juan river boarders Costa Rica, and our guides pointed out a new road that Costa Rica built along their side of the river. It seems that the sole purpose of the road was to “show” Nicaragua that they cold do it. It really serves no purpose and doesn’t go anywhere. Just a reminder that they have the money and means to do it, I guess. It was also ironic that a country which claimed to be so environmentally minded would do such pointless damage.

Waiting out the rain. Also, maybe the amount of water going into the power boxes might have something to do with the outage?

Our first stop was the park entrance where we had to fill out some paperwork. Our guides took us over to some trees and pointed up a couple really colorful tree frogs. Then we went a little further down river and stopped for some fishing and lunch. No one caught any fish so we had chicken and rice. Some people took the canoe and kayak on a ride, but I stayed back and one of the guides taught me how to skip rocks, which I had never been able to do before. Apparently the secret is to be “fuerte”.

Our guides turned out to be super fun and funny. We spent a lot of our trip laughing with them. They didn’t speak much English but we understood most of what they said and other people in our group helped translate. When they did say things in English they would do things like call the Australian “Stuart” and then my Stuart “other Stuart”. 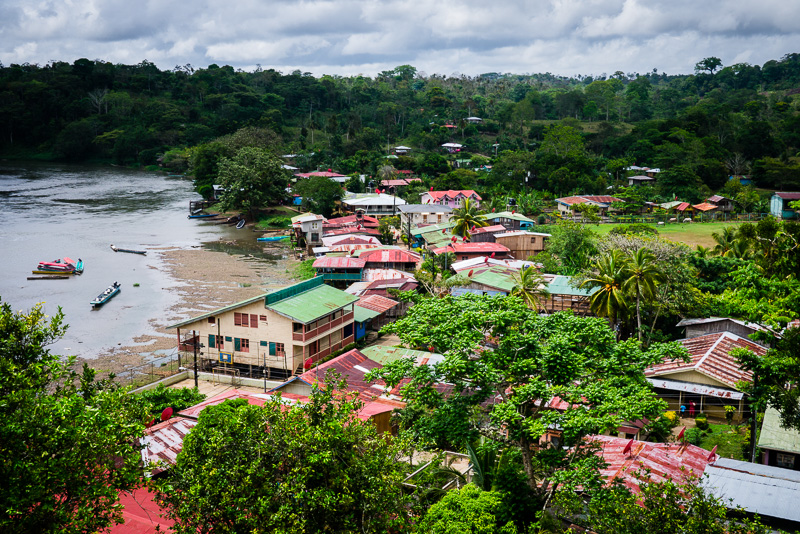 View of El Castillo from the fort.

After lunch we did a muddy three-kilometer hike in Agus Frescas reserve. We had rented gum boots, which made the muddy hike much more fun. We saw lots of birds, spiders, tree frogs, a sloth, a rare species of squirrel and, of course, lots of monkeys.

After our hike we went to the little island and set up our camp for the night. The island has a bamboo forest, an old shipwreck, and surprisingly no mosquitoes. It was a great place to camp. Stuart and I would spend the night in a tent, and the rest of our group set up hammocks and cots and slept out in the open. I wasn’t to keen on sleeping outside on account of all the bugs and rain one might encounter in the night. 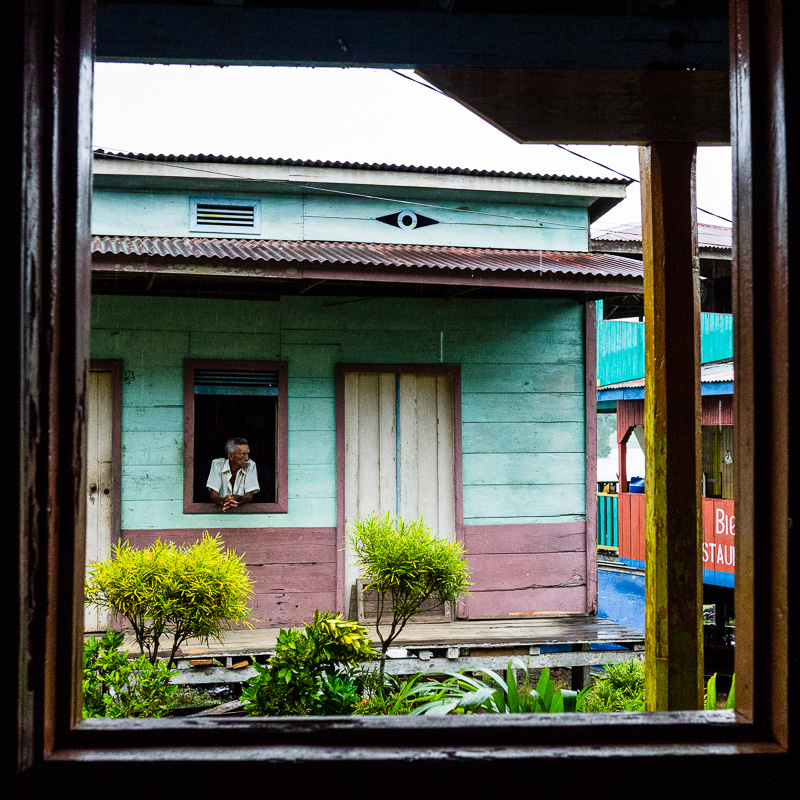 After dinner we got back into the boat and went on a night cayman/croc hunting tour – which meant boating around while the guides scanned the water with spotlights (and headlights) looking for animals. After riding around for a while we pulled up along some reeds and one of our guides jumped out of our boat into the knee high water and grabbed a huge cayman and brought it over to the boat. He tried to let us hold the cayman but it was too big and strong and it managed to wrestle itself out of the guide’s hands. I thought our guide was pretty brave until he screamed like a little girl when he thought he saw a crocodile coming towards him. He did mange to grab a little, baby cayman and bring him into the boat so we could take turns holding it. Okay, I didn’t hold it, but everyone else did. 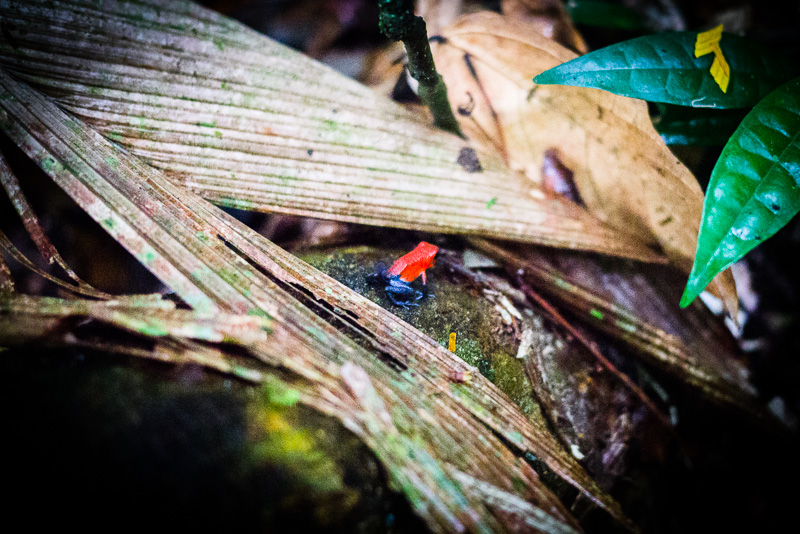 We slept okay, the ground was pretty hard, but I didn’t complain. I was just happy that I was inside the tent and not outside with the bugs. After breakfast we packed up the boats and dropped off most of our group off at a spot along the shore to do some more fishing. They would spend another night on the island and continue on to San Juan de Nicaragua on the Caribbean Coast. Stuart and I went with one of the guides and the German girl back up the river to El Castillo. 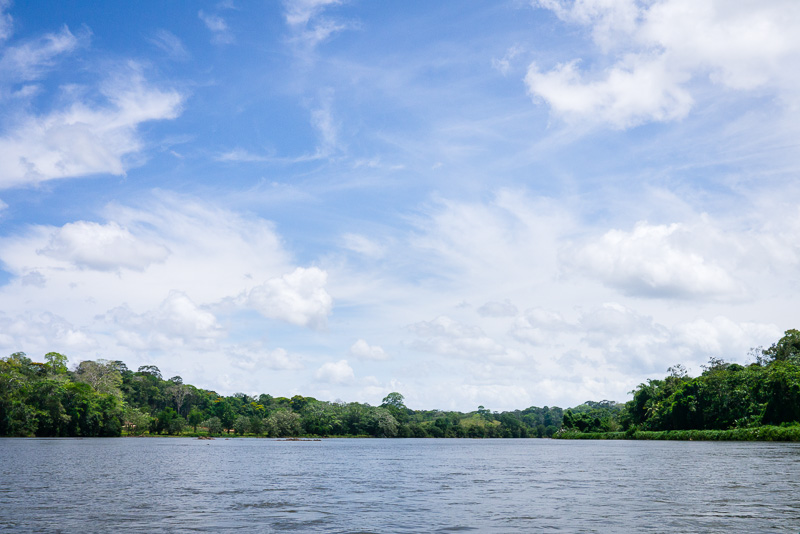 Heading back to El Castillo – Costa Rica on the left, Nicaragua on the right.

From El Castillo we took the three hour boat ride back to San Carlos. We arrived around 5pm and went to the hotel recommended to us by Dutch couple that was supposed to be nice. It turned out to be terrible. The room was gross, and the guy running it was rude. The water was out and he claimed it was that way for the whole town, but we swear he was turning it off on us. We had to “shower” from a bucket of cold water in the shower. We were so glad that we hadn’t decided to spend more time in San Carlos and we could bear anything for just one night – though a nice shower would have been appreciated after camping.